Greenman Rising is a folk band based in the English Midlands. 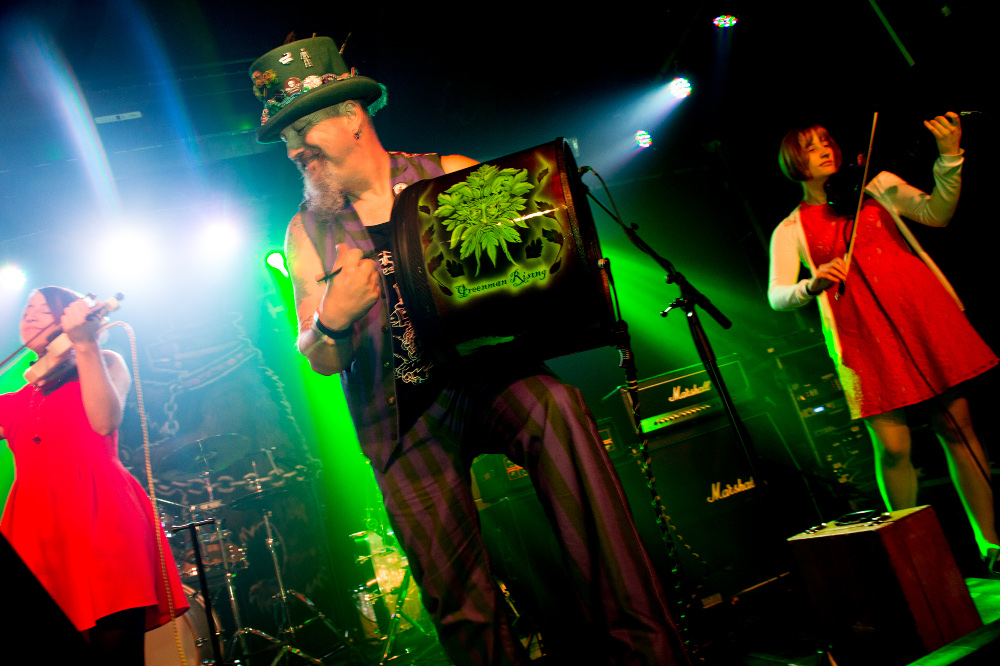 What they say about Greenman Rising

“Greenman Rising definitely delivered the goods for the Beautiful Days bandstand. Small outdoor stages are always at the mercy of the weather, but despite the poor conditions we saw a better-than-average crowd clustered close to the band as the rain came down. And there was dancing too. Lots of it in fact - which is always the best sign when it comes to marking out a great festival band from an also-ran.”

“FAB FEST (Folk and Beer Festival) in Stratford Upon Avon is becoming a very popular summer festival. This year in 2016, we had some amazing acts on who really brought the festival alive with their folky tunes and dancing rhythms especially Greenman Rising who have played for the festival 2 years in a row. They have gone down so well each time that the good news is they will be FAB FEST’s Headliner in 2017 by popular demand from the crowd. Can’t wait to host them and see their performance on stage.”

This is music that doesn’t stand on ceremony; you won’t find cute arrangements and cool sophisticated posturing.

What you will get is the hardcore tradition for modern audiences. Driving dance tunes, songs about love, war, murder and betrayal. The soldier who rebels against an invasion and the sailor cheated when he comes on shore. Beautiful ballads and full-on musical madness that’ll get you dancing the night away.

We also work as a dance band.

Greenman Rising have played at many ceilidhs/barn dances, working with many top callers. We’ve played everything from dance clubs, parties, weddings, AGMS, balls and other celebrations. Check our booking list to see some of the things we’ve done.

Our dance band line-up is more flexible with a basic setup of melodeon, drum and guitar right up to the full band lineup. Contact us with your requirements.

Some of the callers we’ve worked with:

PS. If you’re looking for a caller, then we would happily recommend any of the above.