Festivals past and future.

I got to thinking about making a list of all the festivals we’ve been invited to over the past few years. So having a think, and picking a few brains a list came together. If there’s any missing, drop us an email or tweet.

… and of course, our own Ragged Bear Festival, coming up for its fourth year on Saturday 26th October, 2019. It looks like we’ll be topping even last years amazing line-up :)

These are just the festivals, so this does not include all of the folk clubs, gigs at music venues, a years residency at Brewdog Birmingham, private parties and ceilidhs, dozens of re-enactor, Viking, Civil War, Napoleonic Associations dos etc etc that we’ve played.

We’ve announced the line-up at our Ragged Bear Festival, see poster image below.

Get more info on the Ragged Bear Festival website. 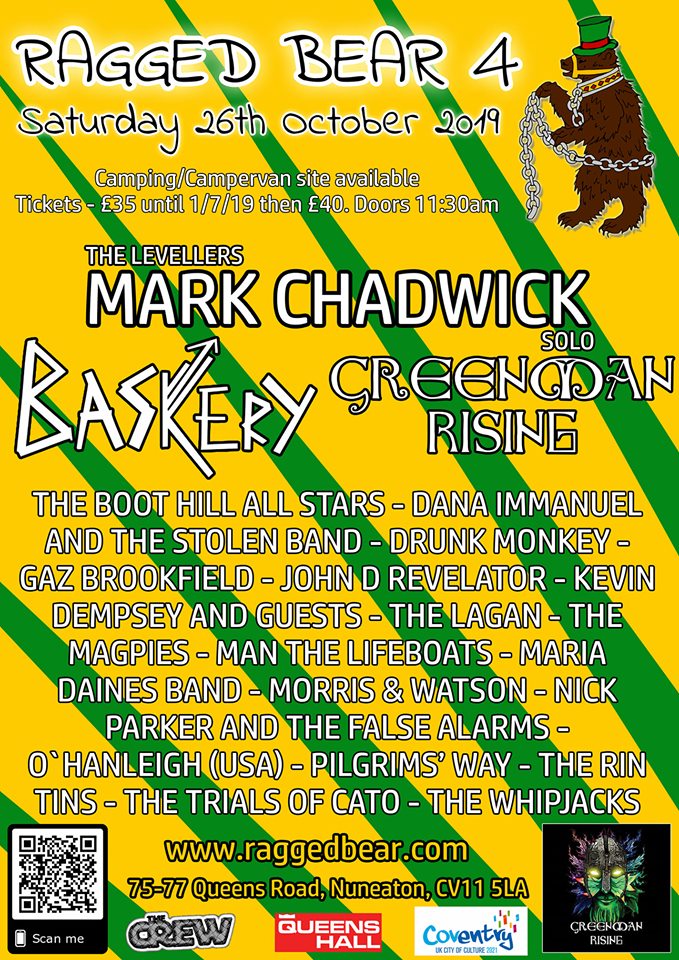 Boomtown Fair have officially announced the area and stage that we’re playing on, meaning that we can now talk about it.

It’s Friday (August 09) on the Foggers Mill stage in the Copper County area. 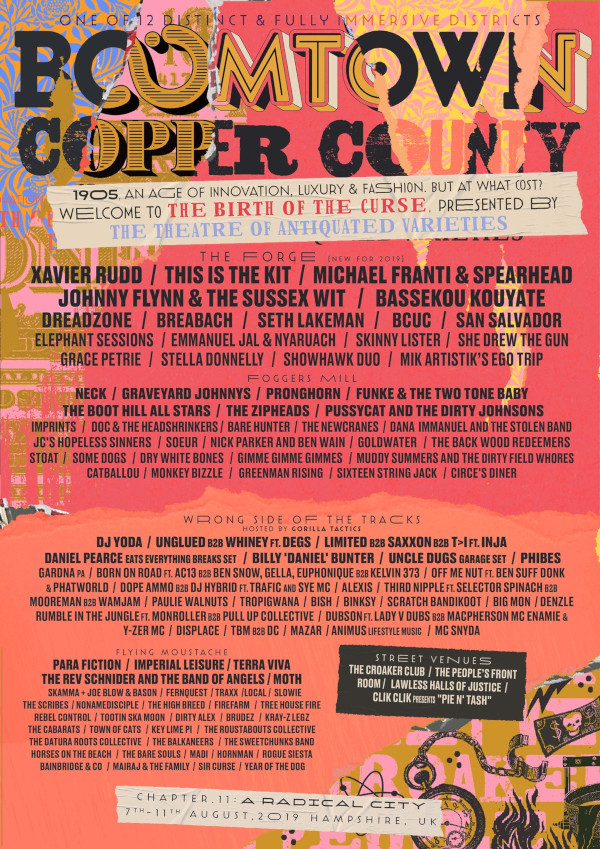 Boomtown Fair is a big event that is set up like no other festival we’ve seen. Huge sets, actors and theatre are an integral part of the festival, just take a look at this for the Copper County area we will be playing in: