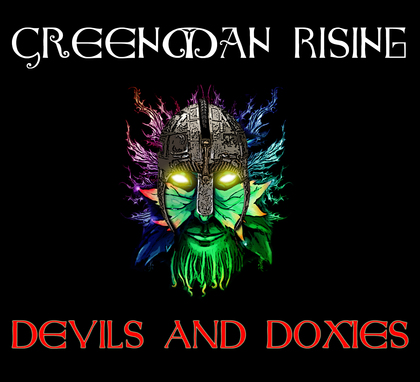 Reviews we know of

You’ve nudged me into putting it on - wow, that’s got balls! Lots of spirit and vigour in that playing- and singing. Novel approach to what would otherwise be some “ old ” songs but you and yours have got a unique approach to them. Not sure I’d want to dance to your band at a ceilidh though- I’d never keep up.Well done, something to be proud of. Hope to catch you all live somewhere. “Let the music keep your spirits high” - Geoff Lakeman, by email, published with kind permission.

Radio play we know of

The words of this song (full name : “Mad Maudlin’s Search for Her Tom of Bedlam” ) were originally printed in Thomas d’Urfey’s collection of 1720, “Wit and Mirth: Or Pills to Purge Melancholy”.

Do we know what d’Urfey’s words really mean? Do they convey some religious or political meaning?

Frankly, no. A clue to that is in the title of d’Urfey’s book. This is a song with strange imagery and language, and seems to have been written as a reply to an anonymous verse, “Tom O’Bedlam”; a popular “mad poem” of the 17th century.

The song we play here was put together by Dave Moran and Nic Jones who wrote the tune to words from a broadside ballad during their Halliard days.

In the end it’s just a bit of fun.

The tune we use in the breaks is “Old Tom of Oxford” which is an old Morris Dance tune. We won’t be held responsible for anyone trying to Morris Dance to it at the speed it’s played on this track!

The Ballad of Vic Williams

Written by the excellent Robb Johnson. This song is about Vic Williams, a British soldier who went AWOL in the run-up to the 1992 Gulf War and became a voice for peace against the build-up to war.

Some members of the band remember listening to Vic speak at anti-war rallies at that time. We’ll leave you to guess which ones.

Though it is about the 1992 war, its themes of war for oil and profit, under-equipped soldiers and war propaganda are familiar in recent years from Afghanistan, Iraq, Libya and now in Syria.

The break tune is Morrison’s Jig which for some reason I started to play when we were “arranging” the song.

“The seven stars” is a dance tune from 18th century England. It occurs in dozens of different collections and personal manuscripts under that name. The tune became known as “The Moon and Seven Stars” sometime at the end of the 18th century.

The tune “Scattery Island” started as a slide (in 12⁄8) from west Kerry. Scattery Island is in the Shannon estuary on the border between Kerry and Clare.

Do we play “Skattery Island” as an Irish slide? Well, not really, which should not be surprising. We’re English musicians and as has happened over the centuries, tunes go back and forth and we play them in our own way.

“Winter winds” was written by Sandy Denny, and first recorded with Fotheringay on their eponymous LP in the spring of 1970.

“Babes in the wood” and “I looked East and I looked West” are two Kerry Polkas. As I understand they were tunes that the Irish fiddle player Julia Clifford played when she came to live in London during the 1940s and 50s. She subsequently moved to Thetford in Norfolk in the 1970s where a number of her tunes went into the local tradition.

“La Bastrinque” is a Quebecois tune which is often sung with words about going to the local dance hall to dance … obviously.

Ratcliffe Highway (now “The Highway”) was a notorious street in London full of pubs, inns and lodging houses popular with sailors, and the for the, ahem, services they required.

Versions of this song existed as printed broadside ballads in the 19th century, but it was also widely collected from traditional singers.

A sailor back from sea with money in his pocket would have been seen by some as an opportunity. This is the unfortunate tale of one such.

“Three around three” is named after an English country dance that it is often played for.

It was common at that time to “borrow” music from other productions, printed material and folk tunes, all without much regard to copyright or provenance, so it is pretty certain that this was a pre-existing tune used by Fielding.

“The Rochdale Coconut dance” is a bit of a mystery tune. There seems to be no record of it prior to the mid 1970s. There are “coconut dancers” in Bacup, but none recorded in Rochdale. Whoever wrote/adapted this tune was obviously familiar with the style of polkas used in Northwest Morris, and it’s a great tune whatever its provenance.

AL. Lloyd wrote this about “Bonny Ship the Diamond” in his notes for the album “Leviathan!”

“Sad events lie behind this most spirited of whaling songs. By the 1820s the relativity milder northern waters were fished clean, and whalemen were having to search in more distant corners of the Arctic, notably round the mighty and bitter Melville Bay in Northwest Greenland.

In 1830, a fleet of fifty British whaleships reached the grounds in early June, a month before they expected. But the same winds that had helped them also crowded the Bay with ice floes and locked most of the fleet in, including the Diamond, the Resolution, the Rattler (not Battler) of Leigh (not Montrose), and the Eliza Swan. Twenty fine ships were crushed to splinters and many bold whalermen froze or drowned. The Eliza Swan was among those that got free and brought the sad news home.

Our song must have been made only a season or two before that tragedy for the Diamond’s maiden voyage was only in 1825. One wonders if the man who made the song was up in Melville Bay, the year of the disaster, and whether he was lost with his ship.”

The tunes used in the break are “The Duke of Perth”, and a much abused version of “The Battle of Aughrim”.

The Lowlands of Holland

There are many versions of this song, most of them telling the story of a young man called to fight at sea (often taken dramatically from his marriage bed).

This version of “Lowlands of Holland” is much more terse. Basically has no plot and little narrative. It’s more of a contemplation on circumstance; of resignation to his fate but with a determination to “see it through” so to speak.

This song has its roots in the 18th century and the conflicts with the Dutch. Many sailors in the Royal Navy were impressed, others were signed up for service on a particular ship for a bounty, or assigned for unskilled work as petty criminals from the courts. Half of those who fought on British ships at the battle of Trafalgar were impressed sailors.

It was many, many times more likely that you would die from disease or accident than any type of military action, food was bad (literally so) with the provisioning in the hands of private parties who bribed their way into contracts and then swindled the sailors, pay was low and often not paid for months or years on end.

The situation was so bad by the turn of the 19th century that there was mass mutiny of whole fleets (see the great Spithead and related mutinies) and the government lived in fear of major parts of the Royal Navy deserting across the channel to join the French.

Being in the Royal Navy at that time was certainly a hard life.